July 20 2021
Cris Tales is a fantasy RPG game developed by Dreams Uncorporated and Syck, and published by Modus Games. It was originally going to release on November 17, 2020, but was delayed to July 20, 2021[1], on PlayStation 4, Xbox One, Windows PC, Nintendo Switch and Google Stadia.

Crisbell must embark across Crystallis and the four Kingdoms in a bid to stop the powerful Time Empress and rewrite the future of the world and all those living in it. Along the way, she’ll meet and recruit powerful allies with their own unique stories and skills like Matias the Frog and Willhelm the Child Mage.

As she explores the world and meets her unique companions, Crisbell will have to make choices with far-reaching consequences for the people she meets – consequences that will impact the world you’ll experience in real-time throughout your journey. Each companion will be invaluable as you face these choices and the myriad enemies who stand in your way. Will you buffet them with attacks, or discover creative ways to use Crisbell’s time powers to alter the reality of each fight?

Beautifully hand-drawn 2D art is animated frame by frame to bring the branching pasts and futures of each region, enemy, and NPC to life across more than 20 hours of gameplay. Experience a unique combination of branching stories, innovative combat, and classic RPG excitement in Cris Tales’ exciting and unforgettable exploration of how our actions echo through time.

At certain points of the game, the player can activate the Time Mechanic while exploring the environment. The screen is separated into three different sections, revealing the past, present, and future. The player will have the ability to interact with different periods and collect information, or gather items that don’t exist in the present.

The party engages in strategic turn-based combat with enemies using both physical and magical attacks. Certain actions are time-based, in which pushing the action button at the correct time will result in extra damage to an attack, or more armor for defense. Status effects can also be resisted during defense.

In a battle, every party member has HP & MP; when a party member loses all of their HP, that member is automatically knocked out of the battle. Crisbell is unique as she also has CP, which are used to activate her Time powers. Each party member can perform a standard physical attack, summon a magical attack, defend, or use a recovery or battle item.

The Time Mechanic plays a role in combat, either by making the enemy weaker or stronger. Status ailments can be inflicted and manipulated by the Time Mechanic. For example, players can poison an enemy and then advance time to let the effect take place all in one turn. If the enemy is at a certain age, sending them in the past or future will result in a Temporal Limit, damaging them.

Certain enemies or Bosses will have ways to deal with the Time Mechanics by moving to the opposite side of the party or by using an ability. 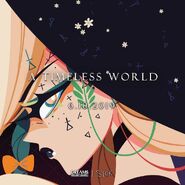 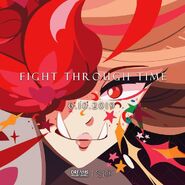 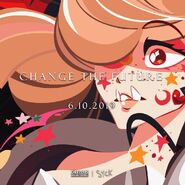 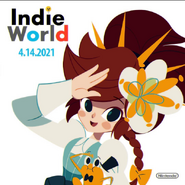