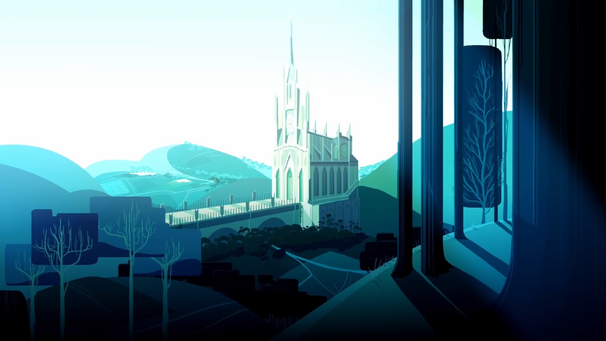 Narim is one of the kingdoms in the world of Crystalis, and the home of Crisbell. It is the first kingdom introduced in the game.

The Cathedral is located at the top north of the town, and is the largest building. This is also where Crisbell first awakens her Time Mage powers. It is made of white or light green stone with spires and staircases. Several angel statues adorned the exterior.

The first crystal mural Crisbell encountered that awoken her time power,as she pointed out the mural strikes resemblance with her. 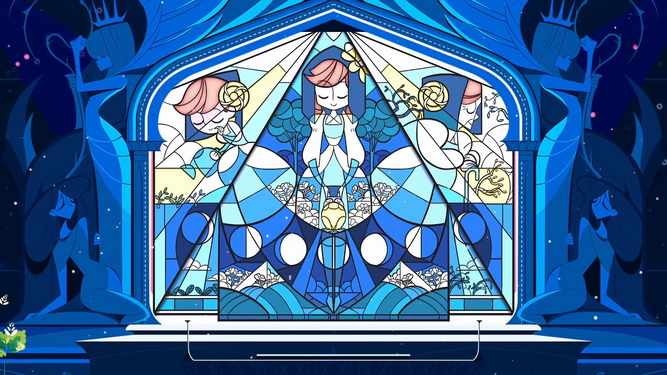 Cathedral interior by another angle

Earlier rendition of the cinematics

Roads to the Farmlands[]

To the East of the Cathedral Square is the entrance to the Farmlands, where Farmer Robert and his daughter Polly work.

A building located North West of the Cathedral. It is the home of Crisbell and the rest of the orphans, and is run by Mother Superior.

A two story building that is the home of Mayor Anton. It is located East of Main Square.

The medicine shop run by Apothecary June, located West of the Main Square.

Located at the far west of Main Square, it is the workplace of Carpenter Joe.

Narim Bus Station is a discarded portion of Narim.It was once appeared as battle background in the colosseum mode of the demo that lasts between June 2020~release date.

Exploration of NPC near bus station 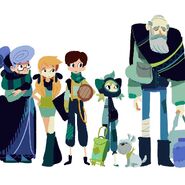 Earlier Narim NPC in general exploration.Some had involvement with the bus station but repurposed afterwards

Earlier mechanic exploration that use said enviroment.Bus had more appearance early on.

Concept of activities & scenery of the bus station